The Complex crushed all opposition on Earth, the Moon, and Mars, and banished the remaining rebel factions to Pluto and Charon. We established our makeshift colony on Charon and explored the region. We discovered the Royal Martian Federation (RMF), the Hielo and the Myst, and made contact. Although historical rivals, we worked together to survive the frigid conditions, stockpiling resources and launching probes across the Milky Way.

One probe returned compelling data from the Copernicus System in Quadrant 1. Coper has a yellow dwarf star and an intriguing group of planets. A dazzling radioactive element, that we named Vertium, was discovered. Our physicists think it could heat our colonies, and upgrade weapons and armour. As word spread, the rebel groups bolted for Coper. The fragile cooperation evaporated. Each faction is now out for itself - claiming planets and mining Vertium. The stakes are clear: for whoever controls the Vertium will control Coper, and perhaps the galaxy. Brooks out.

Vertium is a quick and tactical space colonization game for 1 to 4 players. Players are faction Commanders directing their Captains to claim planets and mine the powerful radioactive element Vertium.


As influential moons orbit the colonized planets, additional Vertium is gained. However, you'll have to be wise and courageous, because your rivals have their eyes on your spheres and resources.

"The art and components for Vertium: Shadows of the Complex are excellent, and the game has high replay value. It scales well for all counts from 2-4 in multiplayer but is best served with a full complement of four. The added solitaire is enjoyable when you can’t get your group together, and the cooperative one vs many option is a great way to enjoy the game with a group who may be conflict averse. All of the extra options give you plenty to explore over multiple plays.

I found Vertium: Shadows of the Complex to be a great value for your gaming dollar. There’s a lot of game here and I feel it is worth picking up!"

"Straight away Vertium struck me as a well oiled machine, with just enough moving parts to keep you thinking tactically, but not so much strategy that you get analysis paralysis. We played a 3 player game and felt it moved along at a smooth clip for phase one which centers around colonization, with a little bit of take that built in. The second phase is a well thought out risk style battling system to try to be the last man standing. The components are great, the dice, the crystals, the planets. The expansions and variants built in give it great replay value. My only desire is that more factions and planets could be added for a 5th player expansion, which could perhaps include unique faction powers. So that way my entire family could play. Vertium is a great family game, but also has enough meat on its' bones for serious gamers!" 9/10

As a fellow Cape Breton expat, thanks for representing us so well with the high production value and for keeping Cape Breton in the name. You're doing us proud!"

"I have to say, this was a pleasure to play for all the folks that I brought in to help. With player count ranging from 1 player up to 4, and the variance of skills needed to play this, both newer and experienced gamers enjoyed it. This is not a big box game, but you will find a lot of replay and requests for this to come back to the table. The sweet spot seemed to be around 3-4 players, and if playing both phases, it took around 40 minutes on average. It also has very light language dependency; I was able to take this and play it with folks who knew little to no English, and they were able to play it with no difficulties (the icons really make it easy!)."

Delton Perez, reviewer and game night organizer of Everything Board Games

The Soar are a band of First Nations, Americans and Canadians who are active in the heights of the northern Rockies. The frigid conditions neutralized the Titan (the giant killer robots of the Complex), turning them into slow and easy-to-hit targets.
The Soar are known for their smarts and never-say-die attitude, and are exceptional fighter pilots.

At first, the independent “Martians” co-operated with the Complex, but after hearing of atrocities committed across the Earth and on the Moon, they turned against the tyrants. The RMF was founded by Brits and the former EU. Years of pioneering work on Mars, and skirmishes throughout the hundred years’ nuclear war, have made them battle-hard veterans.

Descendants from Argentinians and Chileans, the Hielo live in an extensive series of tunnels inside the giant ice sheets of Antarctica. Tech experts, they cause havoc with the Complex’s global systems: knocking out communications between the Complex HQ and the Titan. The Complex have blasted large parts of the majestic ice fields, but can never quite locate the ice burrowers.

An extremely wise and mysterious people-group living amongst the mist and fog of the Mongolian mountain-tops. Having established their dynasty over much of Asia and Russia, the Myst were forced back to the heights of Mongolia. As with the other remaining factions, they realized the weaknesses of the Titan. Besides the cold and ice, the Titan are terrorized by the swift eagle drones of the Myst.

Vertium at the Capital City Comic Con in Victoria, BC 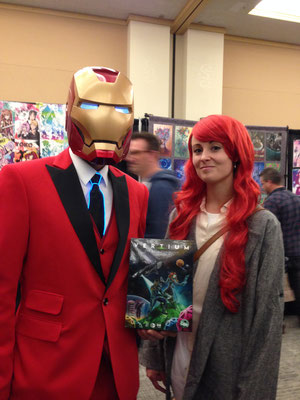 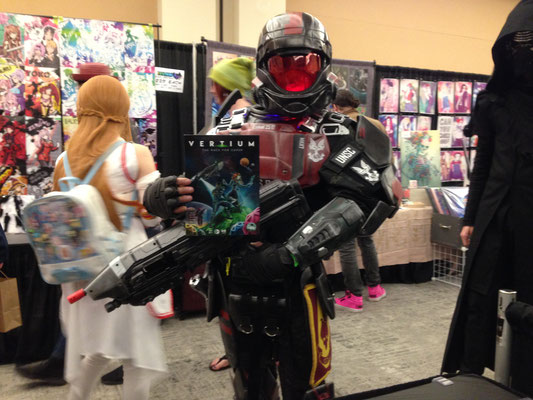 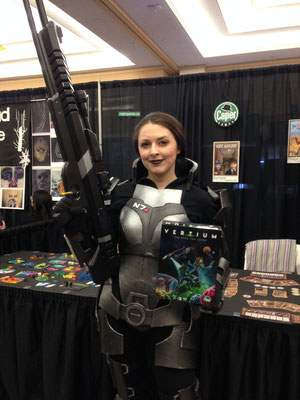 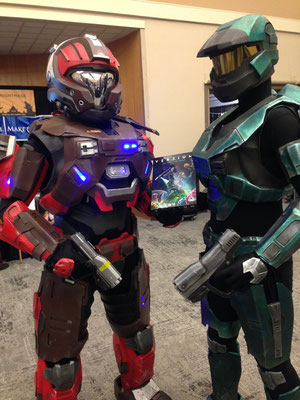 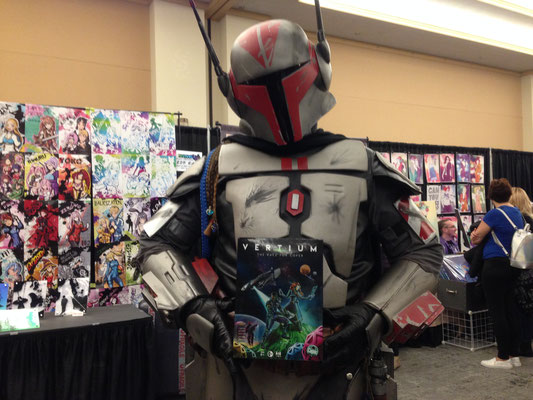 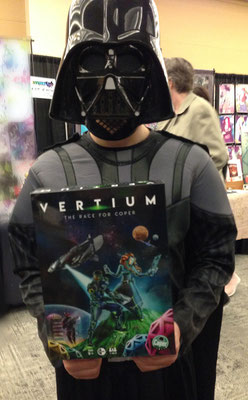 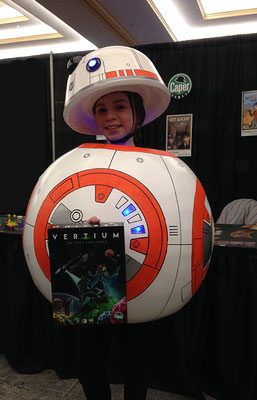 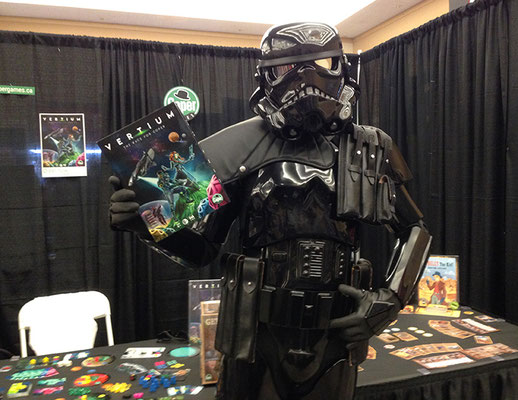 ** There are 2 expansions included as well as SOLO rules. **

A new discovery has been made in Coper! Some planets contain a different radioactive element: Gelbon. Combined with Vertium, it powers a planetary weapons system named CUBE (Cubic U-Beam Emitter).

Expansion #2 - SHADOWS OF THE COMPLEX:

Through traitors and spies, the dreaded Complex has learned about the Vertium and tracked down the Rebels in Coper. The Complex has dispatched a squad of giant killer robots (aka the Titan) to eliminate their adversaries once and for all. To stand any chance of survival, the Rebel factions will have to lay aside their differences and work together.